Menu
Log in
Register
Install the app
You are using an out of date browser. It may not display this or other websites correctly.
You should upgrade or use an alternative browser.

Steps in the Right Direction

I Support the NLOC
Thats a good looking truck.

I Support the NLOC
Man you got thing looking good pretty quickly.

I’ve never really noticed before but is the black handles and windshield trim stock?

It looks good either way.

I’ve never really noticed before but is the black handles and windshield trim stock?

It looks good either way.


Sent from my iPhone using Tapatalk
Click to expand...

The only one that had color matched handles were the Red trucks... the other two colors had black..
L

That truck is really looking good!

lightn95 said:
The only one that had color matched handles were the Red trucks... the other two colors had black..
Click to expand...

As far as I know only the red 94’s had color matched handles.
L

I Support the NLOC
Thanks, guys. I've put a lot of time, effort, and more than a few parts into it now, but the bones were solid. I think it gets at least as much attention when I'm here and there in it as the "red" truck does.
M

FMOS Racing said:
Finally had a chance to slap some wax on it. 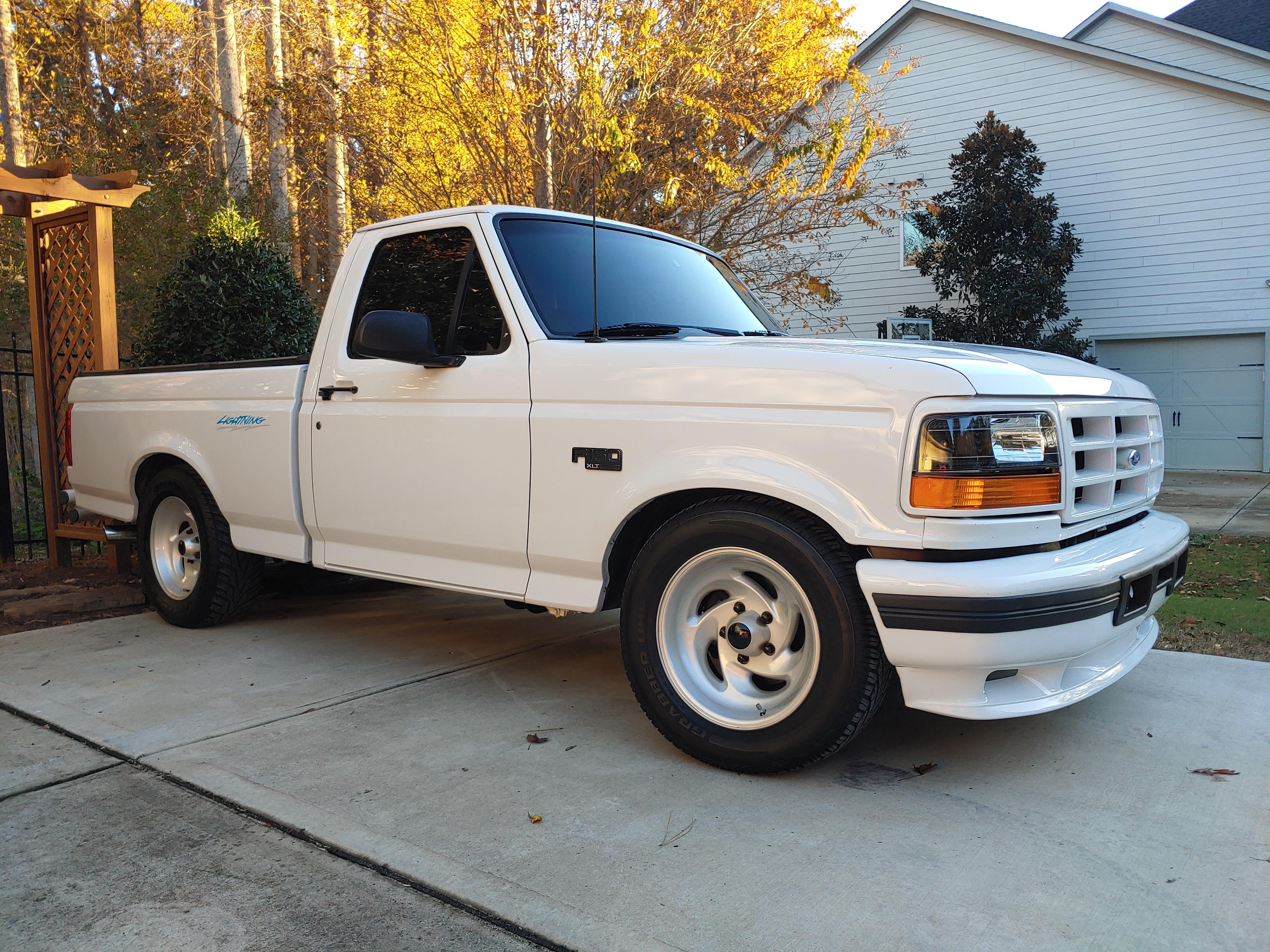 It looks brand new, you did a job well done on polishing it.

mbuenavides said:
It looks brand new, you did a job well done on polishing it.
Click to expand...

Thank you! I learned while working it over with the RO that white hides a LOT of imperfections.

I Support the NLOC
For posterity's sake, here's what I've done to the white truck so far:

- It smoked like a train when I got it. Cherie couldn't stand to drive behind me, so the first thing I did were leakdown and compression tests. Leakdown was around 20%, dry compression around 165 psi, which both looked solid to me. I don't know if the engine has been rebuilt, but I couldn't see the top ring numbers being that good and the oil rings being wiped, so I chose to start by replacing the valve seals. This solved the problem.
- It was leaking rain into the interior from somewhere in the driver's cowl area, so I pulled everything apart, found the rust hole, plus the one that had former in the driver's compartment, cleaned them up, and used Bondo structural mesh and the thick POR-15 sealant to repair the rust spots.
- It would intermittently leave coolant pee spots, so I decided to replace the water pump, scrape off the years worth of oil and dirt accumulation, and replace all the seals/gaskets on the top and front of the engine.
- Replaced the belt, idler and tensioner because something was squeaking and the tensioner looked like the bolt was bent.
- The exhaust that was on it wasn't legal and we have annual inspections, so I replaced it with a full Bassani over-the-axle exhaust.
- Replaced all the brake pads, fresh brake fluid and replaced the fire hazard pressure switch with the new design.
- New O2 and IAT sensors.
- Found out the airbag light had tape over it and the CEL had been removed. There's a wiring issue somewhere in the airbag system, so I disabled it for now.
- Replaced the C3P2 with a C3P1 I had laying around and that fixed the intermittent CEL.
- The interior had been pretty badly manhandled over time, so I've been steadily replacing plastic parts and screws. The main thing was the bezel that surrounds the IC.
- Removed the carpet and power washed it. It had been a Florida truck for most of its life, and I got ~4-6 cups of sand out of the carpet. It's still coming out. Painted the seat pan.
- Installed fresh audio hardware.
- Installed the spare tire setup and receiver hitch that I had in storage.
- Tires were shot, so I put the tires/wheels from my '95 that I had in storage on it.
- New Powerstroke-style front bumper and an old valence from my '95 got painted white, the frame connectors were straightened, the driver's door correctly aligned.
- New tube bumper license plate holder.
- New strikers all around and new hood bumpers, plus the engine compartment rain gasket at the back of the hood opening.
- All external lights replaced with LEDs.
- Cleaned off all kinds of adhesive remnants from the exterior, especially the tops of the bed rails, and worked on some staining here and there on the exterior with a RO.
- Intake tube and cone filter I had in storage. I simply liked it better than the one that was on it.
- Valvoline synthetic oil, Wix HP filter
- Fresh coolant (I really need to flush the system, it's pretty crusty looking)
- Serviced the differential
- Made up a set of custom length MSD SC plug wires.
- Switched the stock springs with the Eibachs that were on my '95, and put the OEM front shocks that I had in storage on the truck.
- Replaced all the rod ends and steering linkage with XJR components.
- Fought with the bound up lower shackle bolts for a couple of days and finally got the Steeda shackles and fresh lower bolts that I had in storage onto it.
- Pivot bushings were beyond gone, so I replaced them with Energy Suspension bushings and got an alignment.

Still to do:
- Install the AIR injection hardware that Glenbartley so graciously provided for the cause.
- Front rotors (PowerStop) and wheel bearings (Timken).
- Expedition master cylinder (love the brake feel on my '95).
- Ball joints (Also XJR)
- Transmission pan
- Rewrap the steering wheel.
- Install the new fog lights.
- New vent window seals and possibly the whole vent window. The passenger side is pretty rusty along the bottom edge.
- Passenger dash support
- Door moisture seals and sound deadening
- Passenger door lock actuator needs a new rivet.
- Flush the heater core or replace the blend door actuator. It doesn't get very warm.
- It has a mopped-in rubber bed liner that has caused a few rust-through spots in the bed. I removed the liner over those areas and POR-15ed everything good. I need to get the holes repaired. I'll use some pieces from the wrecked bed of my '95 to do that. I'll eventually scrape the entire liner out of it and have a professional one sprayed in.
- Tailgate latch needs some work, I have to hulk-out to open it.
- Center step for the tube bumper is in rough shape. I'm not sure what to do with it yet.
- There's still a lot of little clean-up projects to do, things that need to be painted, etc.

I Support the NLOC
I love when someone brings one of these back the way it should be. Good work. Hey when you do that vent window work take lots of pics. I have one that needs replaced. Some rust also.

glenbartley said:
I love when someone brings one of these back the way it should be. Good work. Hey when you do that vent window work take lots of pics. I have one that needs replaced. Some rust also.
Click to expand...

They aren’t any fun to do. The rail that holds/ separates the big window rubs all the way down the door and has to be removed.

I replaced the windows in mine and removed the vent windows to give them a good cleaning and tinting.

I Support the NLOC
Jeff what brand are the headlights? I like the look.


Sent from my iPad using Tapatalk

I Support the NLOC
I think they're Spyders. They look nice but the pattern is pretty poor compared to OEM. 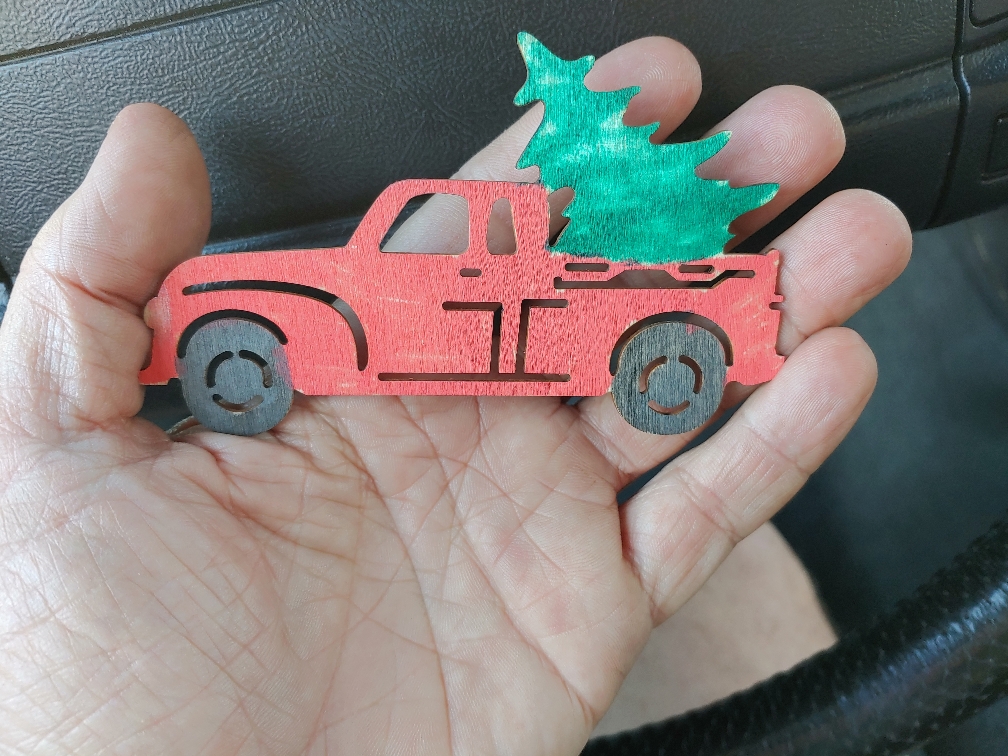 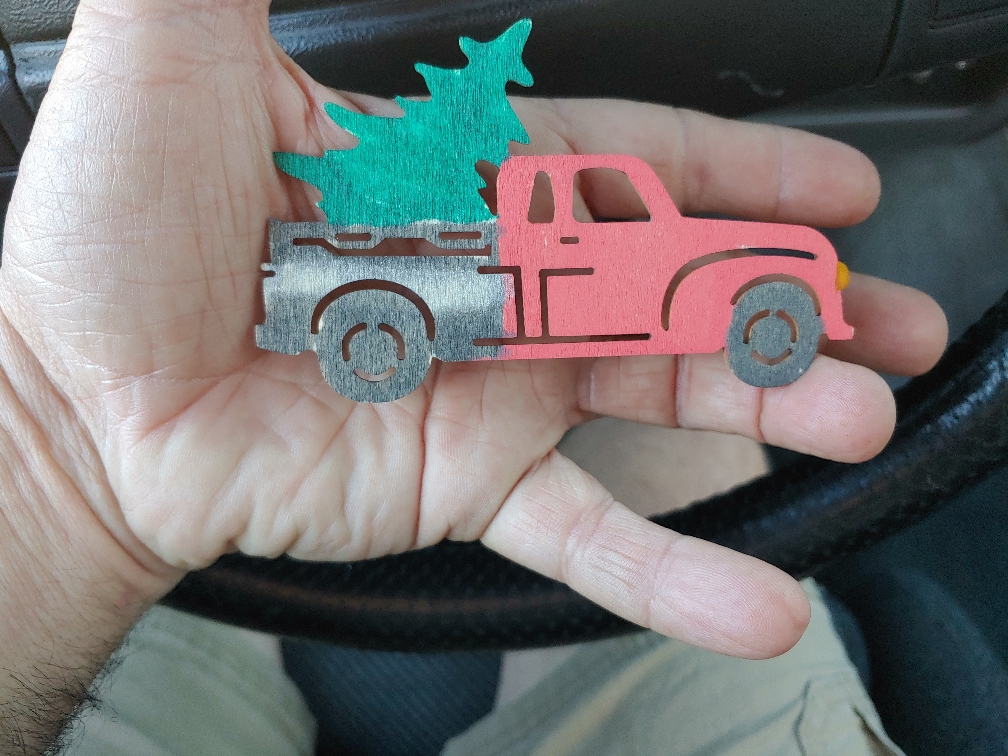 Sent from my LM-G820 using Tapatalk

I Support the NLOC
Haha. She even got the black and grey bed. Good job!


Sent from my iPad using Tapatalk

I Support the NLOC
Center seat installed in the white '94 DD. Had to move it forward an inch to clear the subwoofer, and I need to figure out how to attach the seatbelts so they don't disappear between the seats, but so happy to have a center seat! 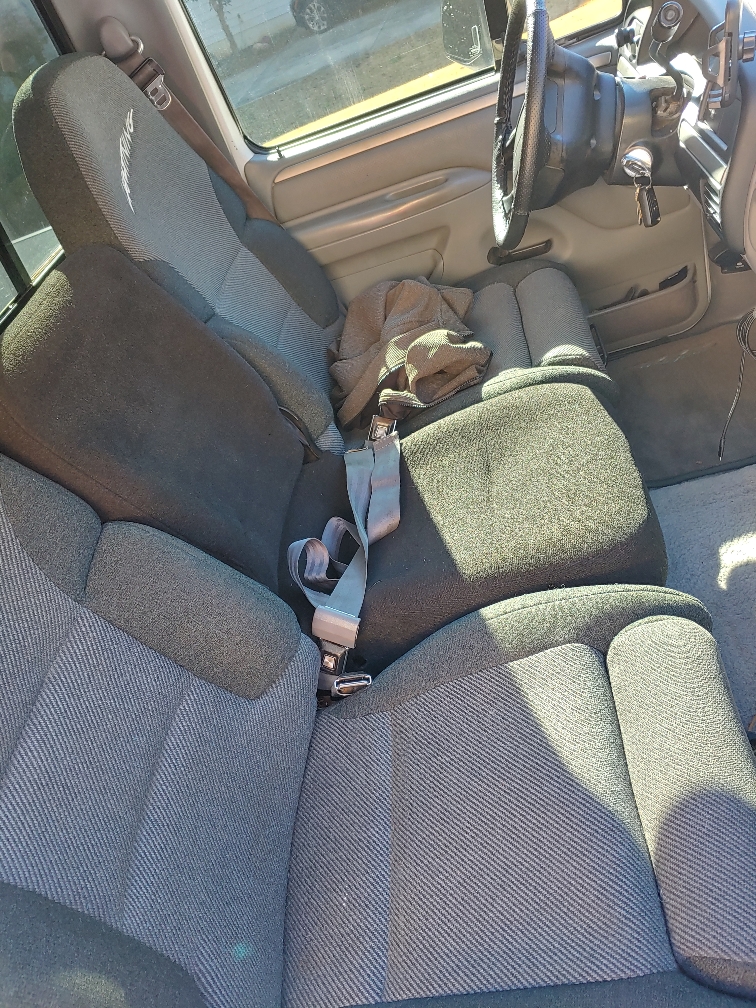 I Support the NLOC
Nice!

I Support the NLOC
In the process of building a mid-mount turbo setup for the white truck now. Goal is to have it simply bolt in where the muffler section is in the Bassani exhaust.

Always love the reactions these things gets. Driving out of the parking lot at work a couple of days ago, a couple of younger guys watching as I drove, I could hear one of them say, "Wow, man, it's a Lightning!"
You must log in or register to reply here.
Share:
Facebook Twitter Reddit Pinterest Tumblr WhatsApp Email Share Link
Top